August 03, 2009
Along with generously contributed sponsorship from the Environment Agency, the WTT’s “Trout in the Town” project sponsored and hosted a fantastic conference over the weekend of 1st and 2nd August 2009. Participants and presenters gathered from across the UK in order to:
• Share innovative approaches between practitioners
• Receive and provide expert technical and practical guidance
• Foster support and networking between projects
• Generate and spread “Best Practice” for urban river conservation
Most participants arrived on the Friday night and took advantage of the conference venue accommodation. This allowed for one or two well-earned drinks at the end of the “normal working week”. Little did they know the rigours awaiting them over the next two days.
Proceedings were kicked off on Saturday morning by Stuart Crofts’ inspirational account of the battle for South Yorkshire’s River Don, fought since the 1970’s by himself and several other key figures including Chris Firth and Gerald Stocks. The continuing fight for the urban sections of the Don has now been picked up and driven forwards by John Blewitt’s new Sheffield Trout in the Town Project: SPRITE. 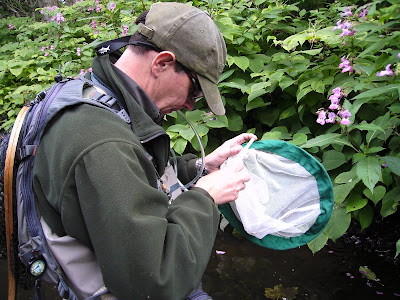 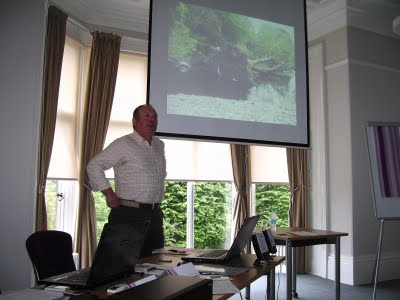 Project members representing Lancashire’s River Colne (Andy Pritchard), London’s River Wandle (Theo Pike), London’s River Cray (Ashe Hurst), Nottinghamshire’s River Erewash (Mick Martin) and Glasgow/Lennoxtown’s Glazert Water (Danny Connor) each gave stirring accounts of their adopted urban watercourses. The talks detailed a multitude of under-sung river corridor wildlife havens as well as revealing the burning passion that each project member shared for these rivers. It is clear that we certainly have rivers that are worth fighting for in our towns and cities and that the Esmée Fairbairn funding to set up Trout in the Town is a vital investment. 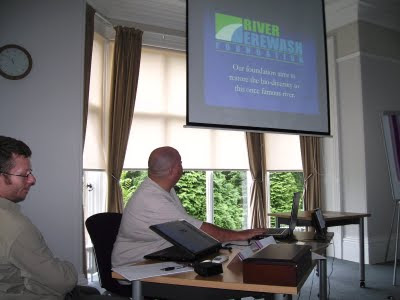 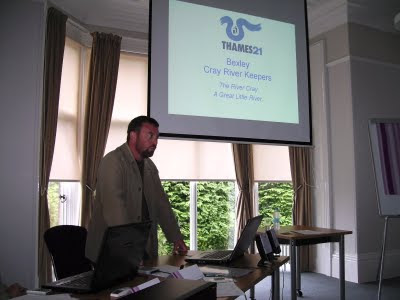 The injection of coffee and refreshments during the morning session assisted delegates in absorbing the superb expert guidance presentations that followed. First up a virtuoso performance by Japanese Knotweed Solutions Ltd. managing director Mike Clough highlighted the threats to our river corridor flora and fauna (and to human skin!) posed by invasive plant species. Mike also showed how the biology of these plants brought about such threats as well as offering to field all project members’ queries about their own rivers at any time after the conference. 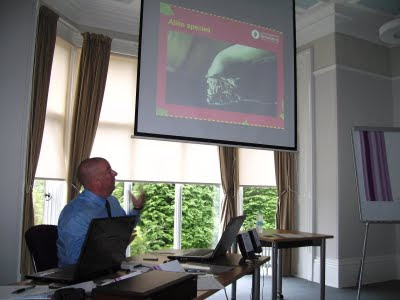 Gideon Reeve of the Wandle Trust was next up – showing us all the fantastic dedication and awesome organisational skills that he has brought to their Trout in the Classroom programme. Everything that we needed to know about how these programmes are run and how local schoolchildren have benefitted under Gideon’s stewardship was effortlessly conveyed to us in another wonderful presentation. 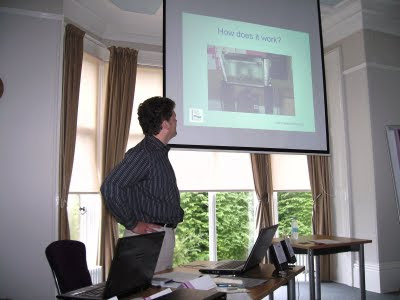 The importance of capturing and recording what all of our education and participatory activities within projects have achieved was brought into sharp focus by SUBSTANCE’s Adam Brown and Paul Stolk. Adam and Paul also outlined their larger investigation into the overall social/community benefits of angling participation as well as detailing a number of generous (and hopefully mutually beneficial) services that they can offer to Trout in the Town projects. 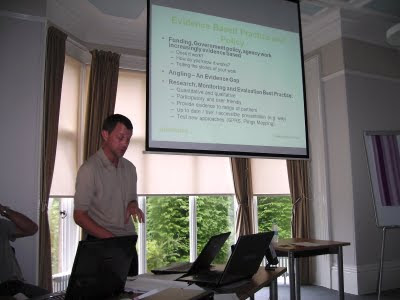 With heads already buzzing with information; a lunch break was called and, as with the rest of the day’s activities, we were well looked after by the “Conference with US” staff and facilities. Straight after this short respite - a vital insight and guide to the workings of the Environment Agency “Land Drainage Consent” process was given by the Agency’s own Gary Cliff. This is the principle process by which any potential flooding risk associated to habitat works in and around river channels is assessed in England and Wales. 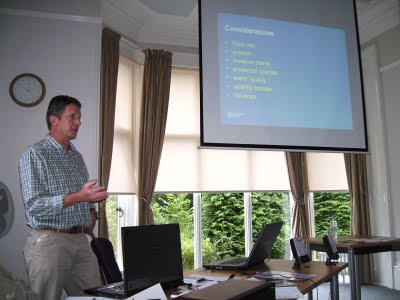 The WTT’s very own Denise Ashton then took centre stage for a masterclass in producing successful funding bids in order to support and sustain conservation projects. It is worth noting that this free advice (honed during Denise’s highly accomplished professional career – and already proven in the conservation sector) is of the calibre that many organisations would pay very handsomely indeed for. It is equally (i.e. more!) noteworthy that, although an integral member of the WTT conservation team, Denise donates all of her time and work for free to the cause of the WTT. 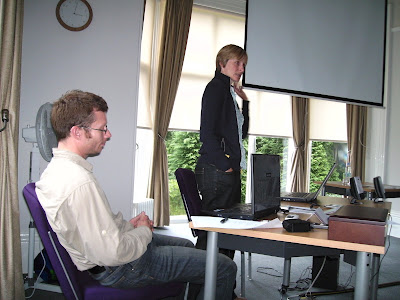 Finally, Theo Pike returned to the stand for a second stint (we got our figurative money’s worth!!) in order to pass on more than a decade’s worth of invaluable expertise in securing and carrying out volunteer-led river habitat working parties. These volunteer activities are a lynch pin of all our Urban River Conservation efforts and the value of Theo’s tutorial is impossible to overestimate. 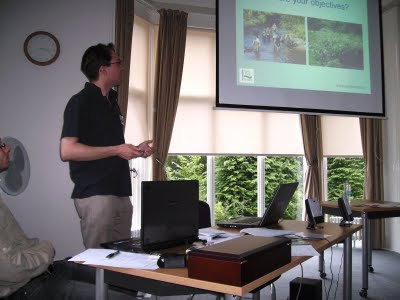 Theo Pike: Getting the job done

My very great thanks to all of Saturday’s presenters who gave such wonderful talks and who all donated their time and effort free of charge. Many thanks also to our new Director Shaun Leonard for attending the morning session before rushing over to take care of important proceedings in nearby Derbyshire.
Much discussion about key points raised during the day ensued along with question and answers within the whole group that helped to tackle a number of project-specific and generic problems. Strong cooperative bonds and friendships were forged!

Day one came to a close with a great evening meal provided by our conferencing hosts and was followed by lively discussion, drinking and general craic in the local pub. Somewhere along the way it appears that Andy Pritchard managed to make my nickname of “Bubble float” stick.
Day two started with an assortment of clear heads and hangovers over the breakfast table according to how committed delegates had become to the previous night’s discussions. Shaun also made his return over breakfast having suffered the mixed blessing of the hospitality of the Haddon Estate on the previous day.

With a wagon train finally formed, John Blewitt took centre stage in introducing people to his beloved urban River Don. Despite the theme of the conference, I think it is fair to say that this majestic (but often neglected or abused) river made quite an impact on all our visitors. So much so that two previous fly fishing “virgins” were seen to take up the fly rod with some vigour (accompanied by licensed coach John Blewitt; fulfilling our E.A. rod licence obligations). The sightings of dippers and kingfishers acted as a beautiful counterpoint to the worrying abundance of invasive plant species, tyres and odd patches of litter. 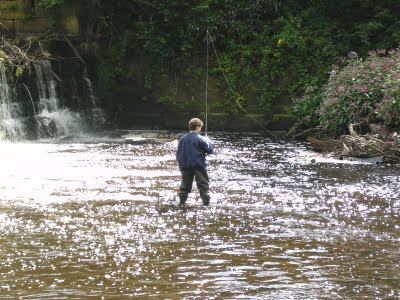 All too soon it was time for people to begin making their way home – many, many thanks for all who had difficult or long journeys. I look forward to continuing my work and learning alongside all of you. By just after 2pm it was left to myself and Stuart Crofts to continue the exploration of our own local urban gem – with each of us wielding fly rods on sections of the river that we had not previously sampled. Once more, the river that spawned and nurtured the Steel City gave us an unforgettable and absorbing series of wildlife encounters. Indeed, it seems that, despite man’s previous abuse and neglect, the river is still willing and able to forgive these injuries in return for the simplest of apologetic gestures – just us taking a little bit of care and interest in her once more. 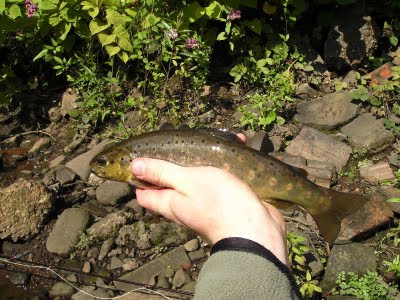 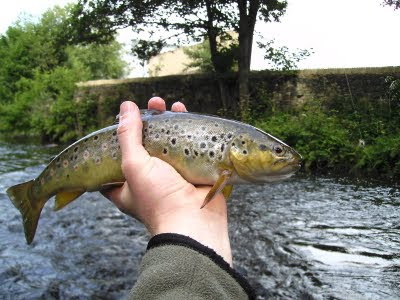 More perfection: Site of the first SPRITE trash clean up 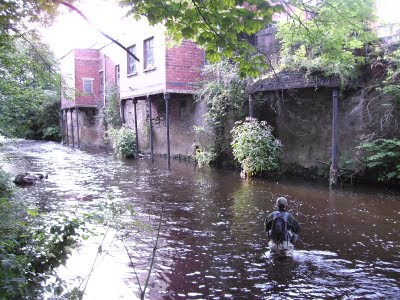 Stuart and Paul explore the back streets of Sheffield 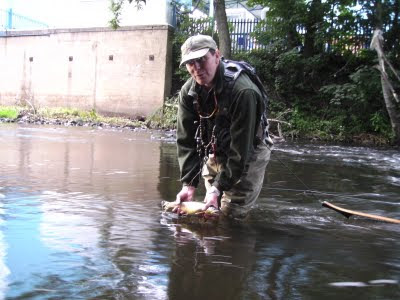 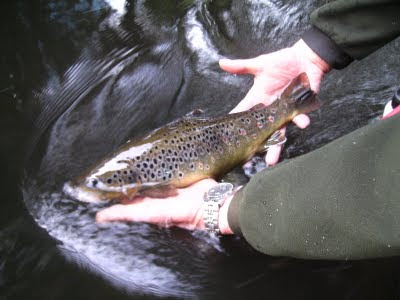 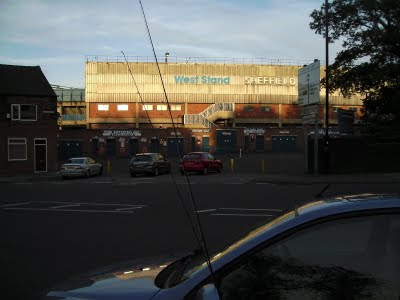 Mick Martin said…
The most fantastic informative weekend and loads of fish to catch aswell.

Simon Johnson said…
I'm so glad to see that the event was such a roaring success. Keep up the great work. This is such an important initiative to improve and vconserve our 'forgotten' rivers. I'm in complete admiration of all of the project leaders.

Gideon Reeve said…
Excellent blog report Paul. Thank you for such a well organized and inspiring event. I was very pleased that it took place in Sheffield a fantastic city which is close to my heart.