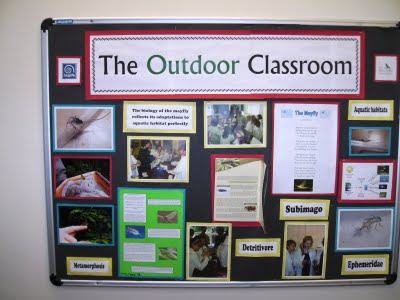 This summer saw the first running of “Mayfly in the Classroom” at Brantwood School in Sheffield. I was so impressed by the Year 8 pupils (and their teachers, Mrs. Skidmore and Mr. Jones) who got completely involved with the whole exercise. The beginning of the two-week experiment saw lots of puzzled faces (at what possible importance a lowly insect could have). Puzzlement was also followed by a certain degree of surprise that significant proportions of the lessons would be made up of what the pupils thought and felt about the issues raised. By starting with students collating and prioritising basic requirements for almost all life on the planet (oxygen, water, nutrition and shelter/habitat), we were then able to examine how the simple plastic aquaria (made from fizzy drinks bottles) supplied all these needs. This led on to the apparatus construction and the introduction of the nymphs to their new homes...
Throughout the experiment, students assumed the duty of care towards the insects. This included daily observation/recording of aeration, water level, temperature and emergence of adult mayflies within the apparatus. Any conditions that were outside of the boundaries recommended in the WTT’s supporting reference material were then corrected according to the instructions supplied as part of “Mayfly in the Classroom”. 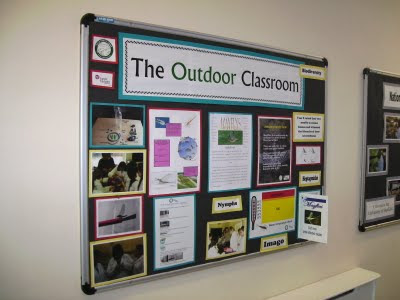 In addition, students learnt through a variety of video and printed resources about the mayfly lifecycle, how the many species are specially adapted to their environment, the fact that mayflies require high quality habitat and clean water. These “biological basics” were then linked to how studying mayflies and other stream invertebrates can indicate the presence of harmful pollutants. Similarly, the act of protecting and restoring good quality freshwater habitats required by mayflies and trout was specifically linked to the benefits that humans and wildlife gain from good quality streams and rivers. The importance of mayflies to a wide variety of other wildlife (including bats, birds, spiders and fish) as a food source was also highlighted.
The final day of the exercise was a visit to their local stream (the Porter Brook) where the adult flies had been released. A kick sample and a river walk helped to illustrate the range of wildlife that has made a home in this urban park. What impressed me most about this final day was the assembly that the students had held in the morning. In it, they had formed two groups:
Firstly, a group of developers who wanted to build over the stream and park to make way for hospitals and vital amenities “a human utopia” in the words of their spokeswoman)
Secondly, a group of campaigners who wanted to protect the park and lobby for an alternative location for the development.
The consensus view reached was that the development was valid, but should be sited so as not to impact the park and stream environments. 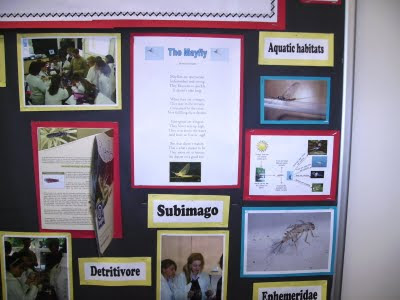 Poem and display work produced by Year 8 (including the essay "The mayfly: God's most underestimated creature")

Andy Pritchard said…
Fantastic work Paul, this is the real deal; keep up the good work.