(Un)Bricking It on the Medlock 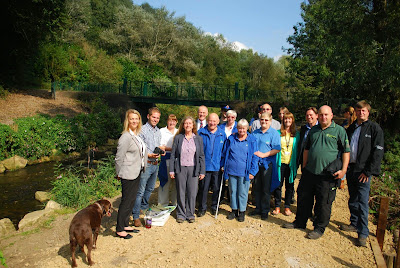 I was fortunate enough to contribute to Tuesday's launch event for the mammoth achievements that have been made (both in the river channel and within the local community) around Greater Manchester's River Medlock (see this piece from the BBC last year reporting part-way through the initial works http://www.bbc.co.uk/news/science-environment-24562282)

Although a great many people have contributed both to the overall project (and to Tuesday's launch event) - a lot of credit has to go to key personnel like Ollie Southgate of the E.A., Jo Fraser of Groundwork and Dave Barlow of Manchester City Council. The ongoing success of this project owes a lot to their drive and vision - both in the brutally difficult world of making such challenging projects actually happen in the modern economic and social climate and in the amount of effort to involve local communities by reconnecting people with their local river. 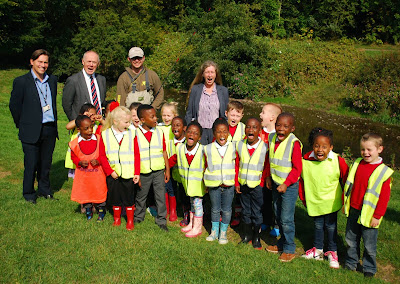 Sir Richard Leese shouts "Trout!" along with the kids who learned about what lived in their local river

For my part I had the highly enjoyable task of introducing local primary school kids to the wonders of fly fishing (in this case Japanese fly fishing - known as tenkara!) in a river that, until recently, had been a smooth brick-lined chute that fish found it impossible to hold station against the current. Now, we might have only had minnows trying to take the fly, but that didn't matter because the kids really enjoyed trying their hand at casting, landing "Freddie the Rubber Fish"(!) and also fly tying. The kids and the fishing demos kept myself and Tom Bird well occupied in the hot late-summer sunshine (glorious!). The kids' experience with fishing and fly tying was coupled with an introduction to the real live invertebrates now inhabiting the channel by Matt Schofield of Irwell Rivers Trust. 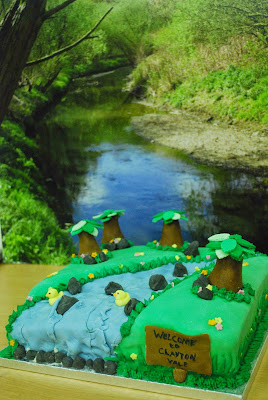 After the kids had left, myself and Tom went on a hunt for a wild urban trout - but sadly for us - we didn't manage to find one on this visit. Who knows though, perhaps in time (and with the removal of the remaining kilometer or so (!) of brick channel-lining) we might see some more fish finding their way into this section of river. 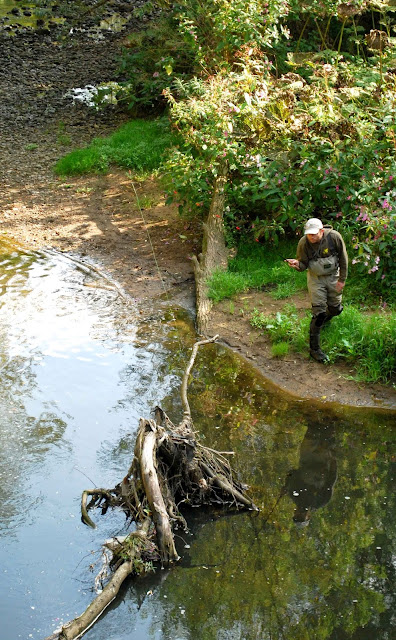