Marlborough Mayfly In the Classroom Training for ARK

April 30, 2012
March 12th saw me heading down to Ramsbury, near Marlborough in Wiltshire to meet with “Action for the River Kennet” group (ARK: http://www.riverkennet.org/ ) on the invitation of Jenny Harker who had also organised for Charlotte Hitchmough (ARK director) and Eddie Starr (local river keeper) to attend. Along with able assistance from the young Riverfly Partnership monitoring volunteers (http://www.riverflies.org/ ) we set about constructing the apparatus in Jenny’s kitchen. 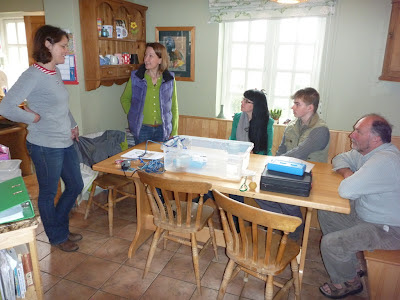 After taking an hour or so to go through all of the detailed construction stages from scratch, we headed down the lane to sample some of the local upwing riverflies (Ephemeroptera: http://www.ephemeroptera.pwp.blueyonder.co.uk/ ). On the way we passed the amazing relic on Jenny’s wall which was the fragment of propeller from her great grandfather’s plane – salvaged after he was shot down by the Red Baron (http://en.wikipedia.org/wiki/Manfred_von_Richthofen) during the first World War. 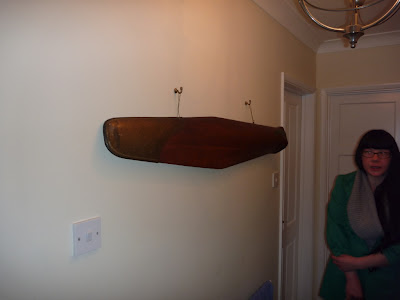 Jenny emailed me a week ago to say that the first schools in the large programme of Mayfly in the Classroom projects were just about to start – so here is wishing them all the best of luck and many thanks for the invitation to come down and run the training event with you.