Grabbed by the Proverbials

April 15, 2010
I am told that there is an African Proverb (borrowed by many including Al Gore!) that says “If you want to go fast; go alone. If you want to go far; go together”. You can see these words on the displays at the Eden Project in the UK and also see how they’ve adhered to the principle in their exhibits of sustainable futures for the planet (http://www.edenproject.com/). The theme of forming a strong group in order to move mountains is pretty much the central feature of TinTT local chapters. Going together, though, is easier said than done… 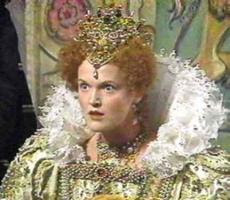 If History (at least according to Edmund Blackadder) is anything to go by, then it is perhaps unclear what aspects of dear Queenie we could usefully learn from her assertion that “I may have the body of a weak and feeble woman, but I have the heart and stomach of a Concrete Elephant!”. Perhaps a clearer message is the more conventionally reported quote of:
“I know I have the body of a weak and feeble woman, but I have the heart and stomach of a king, and a king of England too…I myself will take up arms, I myself will be your general, judge, and rewarder of every one of your virtues in the field”.
That is more like it, and is something of the attitude that we should all draw inspiration from – especially with our local project groups and volunteer river conservation efforts. Nowhere better is this captured than by the example of another redoubtable lady (this time from more recent history). What caught my attention (whilst driving with the radio on in the background) recently was this piece about the founding of a premier league football club (radio4).
Anna Connell is believed to be the only female founder of a professional football club in the world. The formation itself was part of her work (with her father’s support) to make a better society for the young working men of the day. What made the biggest impression on me was the fact that Anna’s “right hand man”, William Beastow had, himself, previously attempted to set up a men’s football team. However, he had been forced to concede defeat, disheartened by the declining attendance.
The crucial point is that Anna was also faced with the same problem. The only difference is, she refused to give in and by force of personality and persistence eventually beat down the apathy that had threatened her team. By the time the name had changed from St Mark’s Church football team to Gorton Association Football club in 1884, it had solidified into the club that would become Manchester City.

Its worth thinking about that a little bit – the only difference between zero and a massive premier league club is that the founder did not give up, and would not take no for an answer. 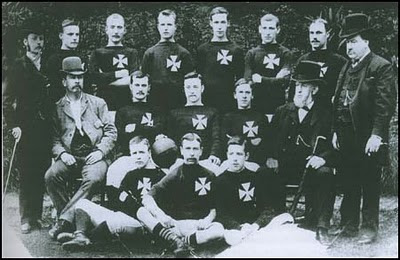 The Archdeacon of Manchester told one meeting of Anna Connell's Men's Meetings: "It must be a great source of encouragement to see how the movement had been taken up, and the highest credit was due to Miss Connell for the way in which it had been carried out. No man could have done it - it required a woman's tact and skill to make it so successful."
Whilst that is a kind complement to Anna from the old dude in a frock, it somewhat lets us blokes off the hook. We should not take the lack of a particular set of rude bits as permission to give up on something if it is truly worthwhile.

Last year's holiday trip to Japan also came to mind for this blog post. In Japan, as with any nation, the climate has had an important influence on the development of social characteristics. This climate of hot summers and prolific rainy season favours intensive agriculture – and forced people to work in tight knit cooperative communities in order to tackle the labour of irrigation, planting and harvesting in limited space. In order for the aims of the group to be achieved, people frequently had to put the group’s needs ahead of their own feelings. This maintenance of “wa” (harmony) was often achieved through “aimai” or polite ambiguity in communication – with the avoidance of stating opinions that would derail the group’s efforts. Whilst there are many extremes in Japanese culture (not always with healthy outcomes), the kind of dignified and diligent pursuit of common goals is something that anyone would do well to acknowledge. The important thing is having clarity about the important, over-arching aims of any group endeavour – and then doing what is necessary to achieve those aims.

Going together is seldom easy, but history is full of examples of how far it can take you. There will be many more (unrecorded) instances of where giving up on the group resulted in nothing at all.

Flykuni said…
Many have observed similarities 'tween the Japanese and British -- a seafaring tradition, an island nation, foods from the sea, a rainy clime, great formal gardens, literature, poetry, art and theatre -- and a society ruled by class, great violence amongst those who've ruled, or attempted to, bloody civil wars, big castles and forts, a tradition of archery. Etc.
8 July 2010 at 15:16