We are a grandmother (and page visit counter added today)

March 08, 2009
A trial of the "Mayfly in the Classroom" apparatus (a very slight modification of Finlay's (2001) system developed in Australia) has produced its first offspring. A proud moment for MITC which is, itself, a child of Trout in the Town.
Back in November 2008 a basic set of equipment was assembled from very cheaply available materials (the most expensive item is the air pump at £8). 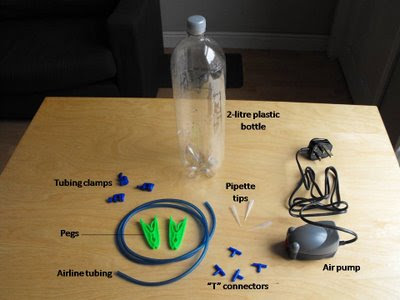 An assembly procedure that is simple enough even for the author to complete (and therefore a doddle for the schoolkids) housed 3 pairs of nymphs for 6 weeks in perfect happiness. These were released back into their native river just before Christmas 2008 and just one of their cohort retained for further work. 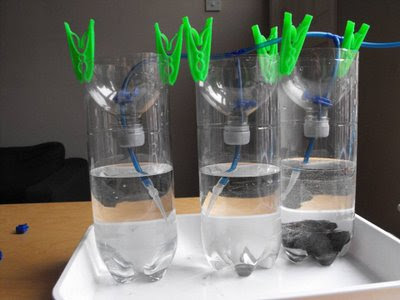 After continuing to graze on the algae-covered pebbles in her mini-aquarium, Thursday last week heralded the point that the nymph decided it was high time for a major change of lifestyle. As a result, she emerged as the flying sub-imago (or dun). 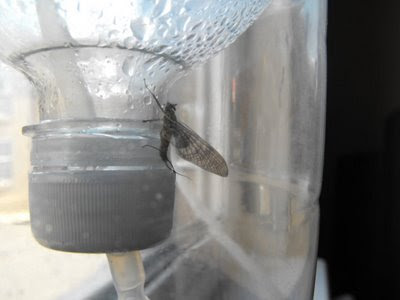 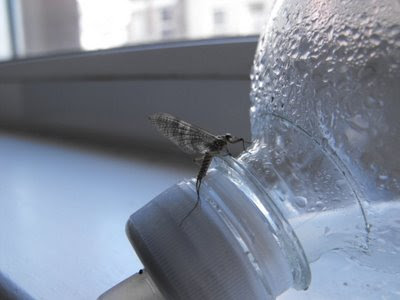 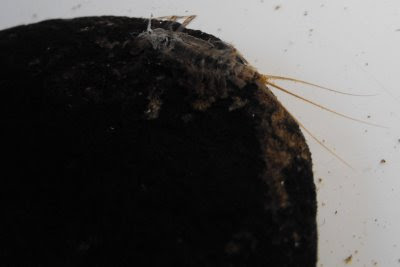 The body shape that is typical of the Brook Dun (Ecdyonurus spp.) is easy to see against a white background 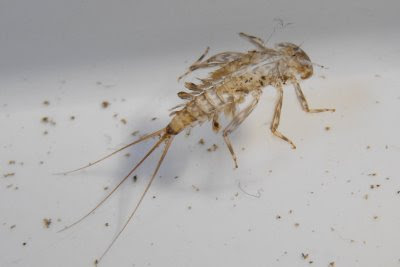 Even the species can be identified from the nymphal skin if you look closely at the tarsi (feet)... 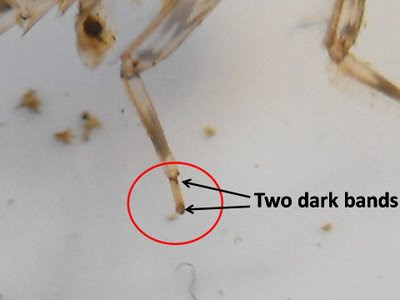 ...and the remains of the "negative" pattern (i.e. light dots/lines on a dark background) on the underside of the body. Together these indicate that our newly hatched sub-imago is Ecdyonurus torrentis 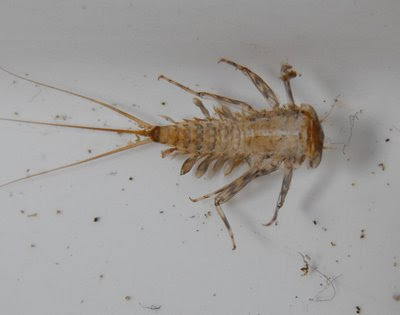 Then, sometime between Saturday evening and Sunday morning, the sub-imago made her final change to become the imago (or spinner) with the longer tails, legs and the shimmering gossamer wings of the mature adult.

Here is the skin of the sub-imago (dun) from the final moult: 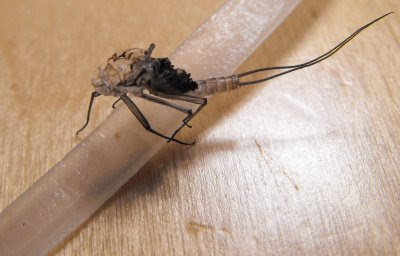 Here is the first official offspring produced in a Trout in the Town classroom setup: 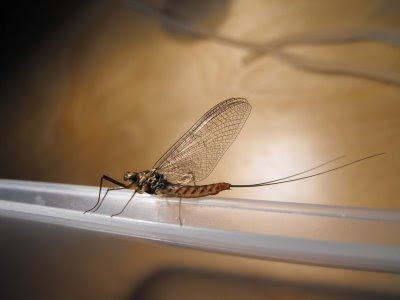 She was released and placed in the vegetation of her native stream this morning - in the hope that she may be able to make her contribution to the next generation of Brook Dun mayflies.
Soon pupils at local schools will have the chance to look after their own mayflies, compare results and observations with other schools as well as learning all about the biology of these important insects. As part of this, mayflies' importance in the foodchain (including the value to trout and birds) will be highlighted, alongside their requirement for good quality, clean rivers in which to live. Some of these pupils will go on to become the custodians of their local urban rivers.